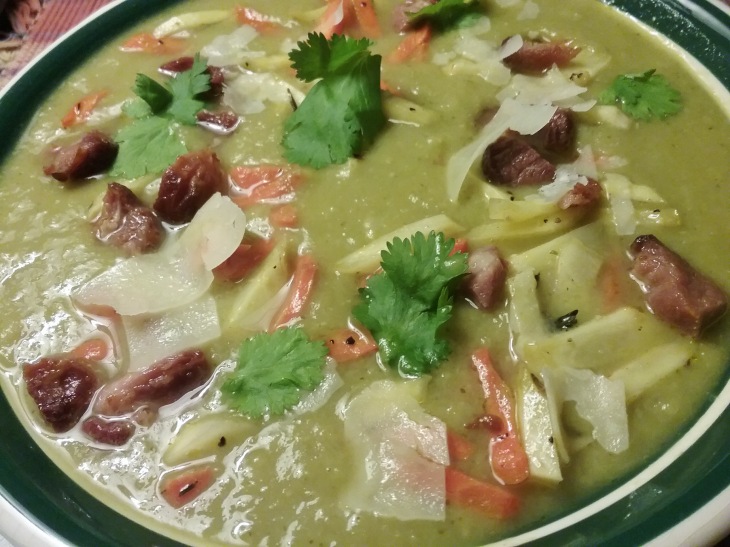 I was raised by a mother who took mealtime very seriously. Mom believed that dinner was a time to display our best manners, to chat, and enthusiastically enjoy all that she had lovingly prepared. She was a great cook, and dessert was always a highlight.  My brother and I were expected to arrive promptly for dinner and stay until we had polished off all that was served. If we balked too much, dessert was definitely off the table.

There were those painful nights when the most dreaded vegetables were served— like lima beans or asparagus—and Gary and I would eye each other knowingly. This could be a long night.  Mom was wise to our attempts at diffusing the situation: we’d spread food across the plate as if it had disappeared; we’d casually spit disgusting bites into a napkin, or desperately drop the worst to our loyal collie, Duke, who sprawled sympathetically under the table.

Mom finally relented and allowed us both to pick one item that we could pass on, but we couldn’t arbitrarily change it the next week.  For years, lima beans were my biggest contender: they were big, dry, and wretchedly hard to swallow with no redeeming flavor.

Overall, I pride myself on being open to new foods and welcome new taste treats; but still, I’d dismiss lima beans whenever there was a choice.

All that changed recently when I watched Rick Bayless prepare a dish called Banana Pepper, Leek Soup with Lima Beans and Smoked Meat. I was fascinated by the creamy, thick, green soup that was reminiscent of Vichyssoise, the fabulous chilled potato-leek soup. The concept was just enough to open the door and give me a reason to give it a try. I reasoned the bean’s texture might actually work in its favor!

The soup is prepared much like its French counterpart, but substitutes lima beans for the potatoes and eliminates the cream.  It begins with a quick sauté of smoked meat, like shredded ham hock (yes, it works!), then removed and saved for the finish.  Sweet root vegetables, such as carrots and parsnips are roasted or grilled ahead and held for the finish.

The actual soup is quite simple. Leeks and shredded peppers, such as pasilla, are sweated in the smoke-flavored oil and cooked down until meltingly soft.  All of this is pureed with half of the defrosted frozen baby lima beans and a good chicken stock. I opted to not over puree the soup, which added to its rustic appearance and charm.

The soup is returned to the soup pot and reheated with the other half of the lima beans. The smoked meat and roasted vegetables can be reheated with the soup, too. Since they are colorful and have so much flavor, I preferred to strew them across the soup when serving—visible and not lost in the soup.

That’s it.  Add a sprinkling of cheese, a little fresh herb such as cilantro or parsley and be prepared for a surprise!